Get fresh music recommendations delivered to your inbox every Friday.
We've updated our Terms of Use. You can review the changes here.

by Mayhem of EMS & Reckonize Real 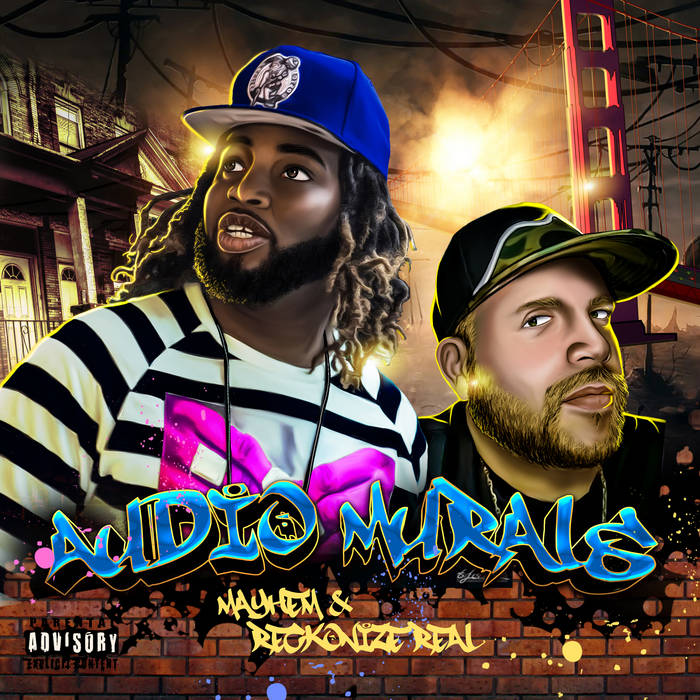 This album has been 5+ years in the making!!
If you follow May or Reck you know the pair have released a few magnificent singles together over the years. First linking on Ellementt's debut album Verbal Graffiti in 2009. In 2011, Reck produced the banging "I Ain't Lyin'" record for Mayhem, which featured legendary Juice Crew member Craig G. 2013 they were joined by REKS on "Beyond Recognition" off Reckonize's debut album Dopamine. Again in 2015 they joined forces on "Blame Game" featuring Big Pooh of Little Brother. This track was meant to be the first single for an album that never was... until now. Finally finished. A mural for your ears!